While working toward her degree in biochemistry at the University of California, Berkeley, Alice Schwartz met a fellow student named David Schwartz. Alice and David would eventually marry, and in 1952, they launched Bio-Rad Laboratories in a Berkeley Quonset hut with $720 in savings. By 1960, with an expanding presence in biological discovery and healthcare research, the Company grew to 11 employees and $150,000 in sales. 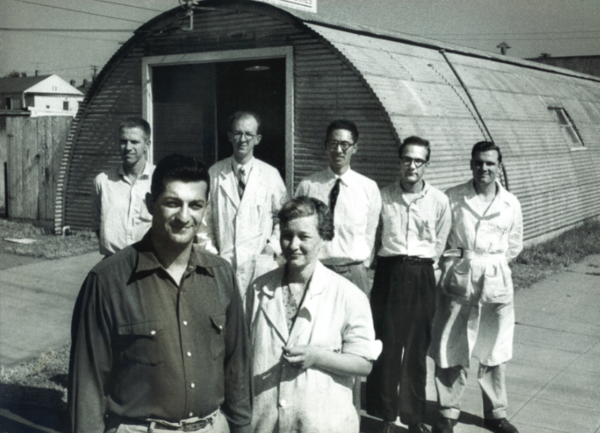 As a researcher and member of Bio-Rad’s Board of Directors, Alice played a key role in the Company’s early success. By 1966, Bio-Rad reached $1 million in total sales and became publicly traded. At the age of 96, Alice is settling into a well-deserved retirement after stepping down from official board duties earlier this year. She has served on the board since 1952.

In addition to helping Bio-Rad make lasting contributions to scientific discovery and improvements to healthcare, Alice is also credited with ensuring that Bio-Rad has remained a family-run business throughout the years. The family legacy continues to this day with her son, Norman Schwartz, serving as President and CEO of the Company.

To learn more about Bio-Rad, see Our Culture page.

Before you visit, we want to let you know we use cookies to offer you a better browsing experience. To learn more about how we use cookies, please review Bio-Rad's Cookie Policy. We would appreciate your confirmation by either accepting or declining our cookies. You may change your cookie preferences under the Settings icon at any time.